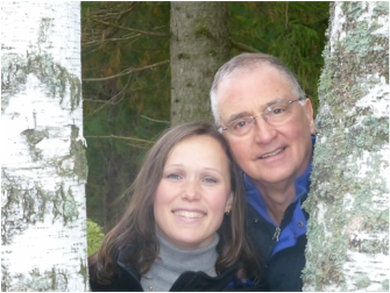 Dana worked as a missionary in Costa Rica for six years (1982-1988).  In his time there, he showed Christian films all over the country, including prisons, seeing literally thousands of people accept Christ.  He also conducted children’s festivals seeing many accept Christ, and taught seminars on how to minister to children.

Dana went to Russia in 1993 intending to stay only three months, but those three months turned into ten years.  For the first three years he raised up children’s programs in various churches and also did children’s festivals, where he saw at times over 1000 children in attendance.  For the last seven years in Russia, he pastored two churches.  Dana also met Tanya, a children’s pastor in one of the churches, and he returned to the States a married man!  Dana and Tanya’s future plans are to minister here in the States as God opens doors and also to make mission trips overseas.  They are also looking at opportunities in the country of Ukraine.